I wanted to title this post “How to Be Fascinating,” but there isn’t enough space on the sidebar for a title that long.

I’ve been very lucky, as a writer and scholar, to be able to meet so many fascinating people. (And it really has been a function of being a writer and scholar: when I was a lawyer, I met people who made for interesting stories, but who were not fascinating in and of themselves. Like the Swedish media mogul Jan Stenbeck, who turns up in The Girl with the Dragon Tattoo by Stieg Larsson. He makes for a good story — he once threw a pen at me. But he was not an interesting person to talk to.) I’ve been thinking about what makes them so fascinating.

By fascinating, I mean that these are the people you want to meet, and then talk to for hours, because they have so much to say, and what they have to say is so interesting, so engaging. Before you meet them, you think they’re going to be fascinating, and then you meet them and they are. (These are also the people whose interviews you want to read, because you care about their opinions, their interpretation of the world.) So, here’s what I’ve come up with: this is a primer on how to be fascinating.

1. Be fascinated. The fascinating people I know are always fascinated — by books, art, places. They are continually experiencing things. It’s as though their brains are sponges, continually soaking things up. They are constantly looking outward, experiencing the world. That doesn’t necessarily mean traveling a lot, although many of them do travel. They can get interested in the history of roses, or how to raise goats, or the differences between the folk and literary versions of “Little Red Riding Hood.” It’s so easy to become comfortable or complacent, to do the same things in the same ways. To, at some point, stop learning. But the fascinating people I know never do. 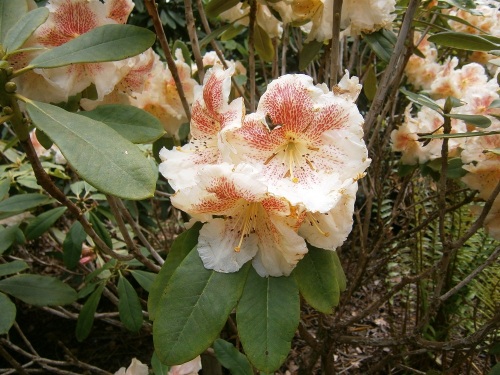 2. Think deeply about what fascinates you. The people I know who are fascinating have also thought deeply about what they have encountered in life and the world. They have opinions, but those opinions are informed and considered. When I’m with them, I feel as though I’m learning, as though my own understanding is becoming deeper. And it may be an understanding of something as superficial as knitting patterns. But the fascinating people I know think deeply even about knitting patterns. And through that deep understanding, something happens: they change. They are not merely collections of information: it’s not fascinating to have someone tell you the history of roses, for example. To talk information at you. Fascinating people seem to be able to integrate that information: it becomes part of them, part of a larger narrative, a deeper comprehension.

3. Share your understanding with the world. The people I know who are fascinating share the insights they’ve gained, the understanding their experiences have given them. They communicate to an audience in some way. I should say here that I find people interesting in general: I like talking to people, finding out about their lives and thoughts. But what I’m talking about in this blog post are the truly fascinating people, the ones whose thoughts get passed around. The ones whose words or images or choreography or research change us. The ones who make me say, I wish I could meet her. I’d love to hear what he has to say. And I don’t mean people who are famous. It can be as simple as seeing a blog post that makes me go, “Wow, that’s fascinating. I wonder what the writer is like.”

I feel as though I’ve only touched on this topic imperfectly and in a preliminary way. But I’ve been lucky to know such people, and it’s interesting to think about what makes them who they are. I don’t think they ever set out to be fascinating. They get fascinated, and then they start trying to develop a deeper understanding, and then they feel impelled to communicate with the world. So I guess the message is, if you want to be fascinating? Don’t think about it too much. Just start thinking about what fascinates you . . .

The photographs in this blog post are from the gardens of Castle Drogo. They are all from the Rhododendron Garden, which was planted in the 1940s. (I was interested in the garden design because I think many of the plants are probably original, and for me the colors are rather garish. But I think that was the height of garden design in the
1940s? The history of plants and gardens is one of my personal fascinations . . .)