I’m writing the novel. Not a novel, but this particular novel.

Or should I say that I’m learning how to write a novel? This novel.

I find it very difficult to talk, or write, about writing the novel. So why don’t I show you some pictures? These are pictures of Castle Drogo, which I visited while I was in Chagford, Devon. (Two weeks ago, but honestly, it’s starting to feel like a lifetime ago.) Here’s a bit of the castle, which is actually too large to photograph in its entirety:

And here is the front entrance to the castle: 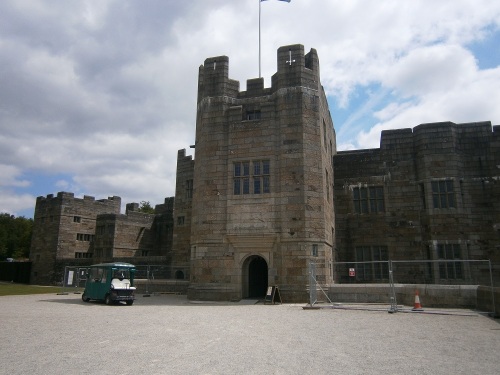 Castle Drogo was built in the 1910s and 20s, which means that everyone in Devon who mentioned it did so a little scornfully. It was not a real castle. But of course that was exactly why I wanted to visit. The turn of the century is my era, the era I studied as a PhD student and the era in which my novel is set. I wanted to see the building repeatedly described as the last castle built in England.

The castle itself was undergoing renovation, which was unfortunate. You can see the fences around it in the photographs above. I’ll have to go back once it’s been renovated and see the castle with all its original furniture. But I did take pictures of one particular room. Don’t laugh: it’s the bathroom. 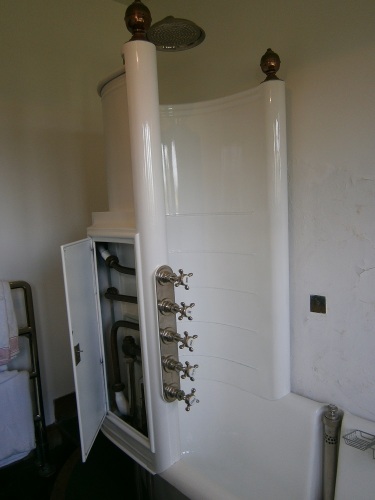 Since I’ve been in Budapest, I’ve been focusing on the novel, and it’s actually going well. At least I think it’s going well: this is the first draft, and it’s inevitably going to have a lot of problems, a lot of things I’m going to have to go back and revise. But if I can get the plot right, if I can describe the basic action of the book, I’ll be doing well. Then will come the difficult process of making sure it all works. That happens in revision.  (I’m daunted by the prospect of going back and revising — there will be so much to revise! But I’m trying not to think about it.) 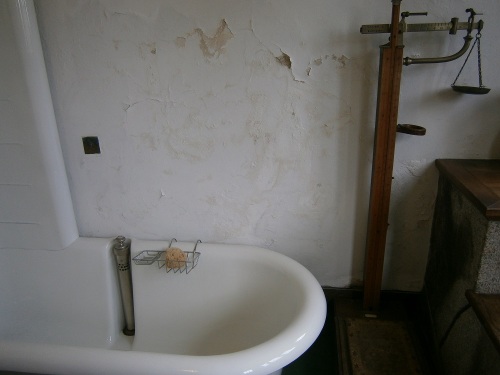 This is so different from writing a short story. I’ve written enough of those that I rarely spend much time revising anymore. When the story comes to me, it comes to me as a whole. I know the arc, I know where it will end. I can just sit down and write it, focusing on the writing itself, on how I will tell the story I already know. But I’m discovering this novel as I write it: it’s only recently that I’ve known how it will end. (Although I already know what the sequel will be about.)  I’m not even sure where the ending will take place, although I think this is a London novel.  I’m glad I spent so much time walking around London, figuring out how much time it takes to get from one place to another! 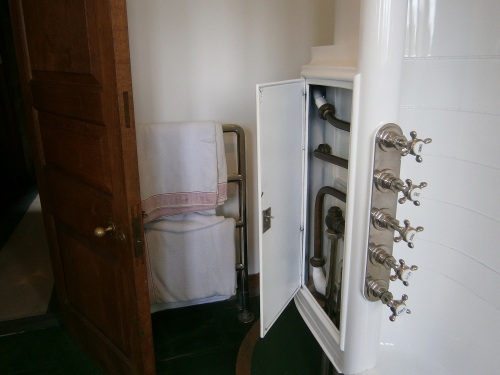 One of the things I’ve had to deal with is that it’s difficult for me to believe I can actually write a novel. I seem to never believe I can do something until I actually do it — and then it seems intuitive, easy! Anyone can be a corporate lawyer! Anyone can finish a PhD! Anyone can write a novel! That’s that I will think when I’m done. But I try not to let my inability to believe in myself stop me. As Georgia O’Keefe once said, “I’ve been absolutely terrified every moment of my life and I’ve never let it keep me from doing a single thing that I wanted to do.”

It’s difficult to write about the novel when I’m still in the middle of it, but I’m very glad to be in the middle of it, very glad that the writing is going well, that I’m finally focused. It’s taken me a long time to get here, a long time even to figure out how to write this novel. (I had a sort of false start. I was trying to write like someone else. That doesn’t work, in case you were wondering.)

Perhaps, really, it’s taken me a long time to become the person who could write this novel. I think we have to be certain people in order to write certain things. And then the process of writing changes us, and we become other people . . . So often, we talk about writing as a skill, as something that can be learned. And it is, in part. But it also integrally has to do with who we are. What we produce, what we can produce, has to do with who we are at any particular time. I think that I’m writing this novel now because I’m finally ready to write it. How will it come out? I’m not sure. I hope it will be good. No, I’m not going to think about that. If it’s not, I’m going to make it good in revision . . .

11 Responses to Writing the Novel