Sometimes I write bits of stories before I actually have stories for them to go into. There is something I wrote a while back in one of the notebooks I brought with me. It goes like this:

“I felt that I was the most beautiful I had ever been in my life, and the smartest and bravest. I felt as though I deserved to feel alive, as though I deserved life and love and to do the work I was meant for. And that if I was brave enough to strive for those things, the universe would help me.”

When I wrote this, I had no idea what story it would go into, but I think now I know. While I was in London, I got an idea for, not a story, but a whole novel, to be called The Malcontents. It would be about a woman, an academic, who was researching women who had not been content with the lives they were supposed to live, and so they lived other lives: women like George Sand, Virginia Woolf. They decided to live in ways they were not necessarily supposed to. And it would be about her own life, the academic’s: about how she herself became one of the malcontents. I have no idea when I’ll have time to write this novel, but I like the idea a lot. 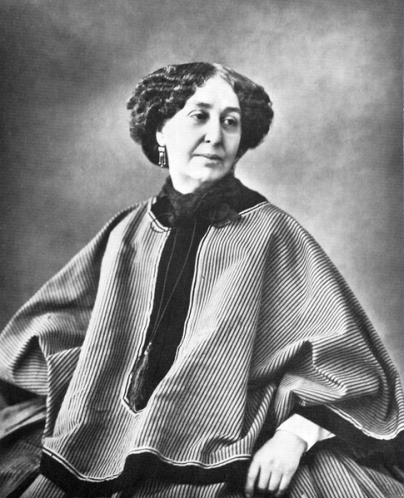 I think there is a certain age, for women, when you become fearless. It may be a different age for every woman, I don’t know. It’s not that you stop fearing things: I’m still afraid of heights, for example. Or rather, of falling — heights aren’t the problem. But you stop fearing life itself. It’s when you become fearless in that way that you decide to live.

Perhaps it’s when you come to the realization that the point of life isn’t to be rich, or secure, or even to be loved — to be any of the things that people usually think is the point. The point of life is to live as deeply as possible, to experience fully. And that can be done in so many ways.

This is of course a personal post, because I feel as though, although I’m certainly not fearless, I have become more so in the last few years. You become fearless in part from experiencing things, from going through difficulties and setbacks. The more you do that, the more you discover that you can get through them, that you’re stronger than you thought. And suddenly, things that used to scare you aren’t so scary anymore. So I will claim for myself that I’m more fearless than I used to be.

My internet time is about to run out. But I like this idea for a novel. I like it a lot.