Last night, I couldn’t get to sleep. I think it was the excitement and nervousness of being in a new place, for the third time in three weeks. Or maybe it was the coffee I had yesterday. Hungarian coffee is strong!

This morning, I woke up and walked around a bit. It’s Sunday, so the city is very quiet. It feels almost empty. I ended up at the Danube, looking across the river toward the Gellert baths. Then I walked back toward the apartment and found a Tesco, so later I will be doing some marketing.

But what I feel more than anything this morning is a strange sense of sadness. I think it has to do with what I’ve been writing about: this effort to figure out who exactly I am. Because when I was in London, I felt as though I was saying hello to a city I was seeing for the first time. A far too brief hello. But here in Budapest, I feel as though I’m saying goodbye. I’m here for another two weeks, so perhaps that feeling will change. But I’ve felt this before: the sense that even though I’m in a particular place, I’m already gone.

Today, I’m going to be including some pictures I took of the British Museum, where I went on my second full day in London. 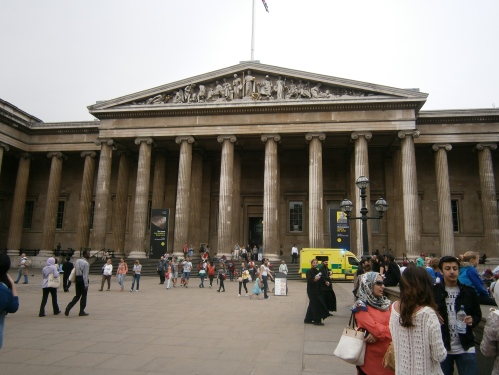 I suppose that sense comes in part from knowing, deep down, that if I’m serious about having the writing career I want, this is probably the last summer I’ll be able to do something like this: just take off and go to Europe for a month and a half, even though I am doing research while I’m here. My friends who are writers, and who have the sort of career I want, mostly travel on business. They go to conventions, or to signings, or to meet with publishers. 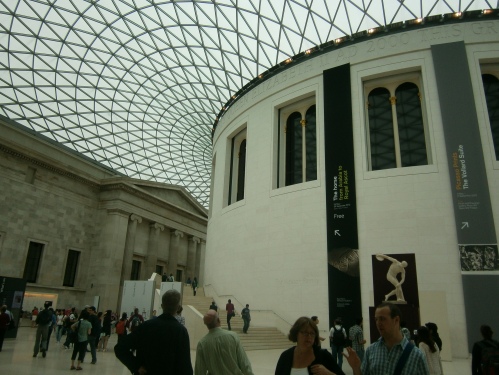 I will always love Budapest, but it feels as though it belongs to my past. Perhaps that sense will change this week? Look, the Rosetta Stone! It really is incredibly impressive, when you see the real thing up close. 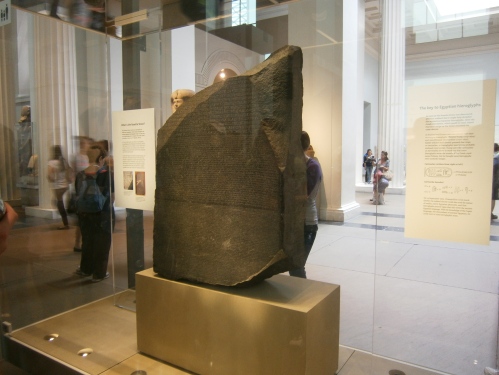 And perhaps it’s a sense, too, that there are so many places in the world I want to see. If I could go anywhere next, it would be the English countryside. And then Ireland. And then Scotland. And then, perhaps, Greece. 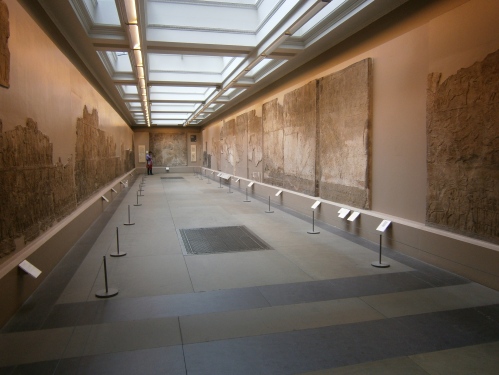 I walked for hours through the British Museum. It’s the sort of museum that you can tackle systematically, unlike the Victorian and Albert, which I visited later that week. But I sort of ambled, looking closely only at the things I particularly loved. It’s the perfect museum to amble through. 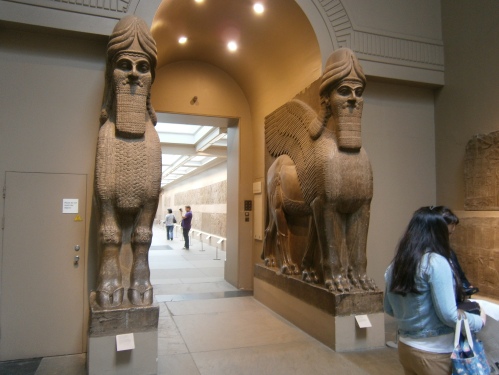 Of course, I was in London to research the late nineteenth century, and it doesn’t seem as though these monuments would have anything to do with that period, does it? But somehow, all week, I kept ending up in places where I could learn about my era. Even in these halls, because the items in them had been collected in the nineteenth century, during the era of empire.

The English were such collectors. Of everything, really. After ambling through the British Museum, I started wondering if there were any of those red and black jars left in Greece!

One of my favorite items in the museum was this small plate, with a picture of Aphrodite riding a goose. It’s such a domestic image, somehow. 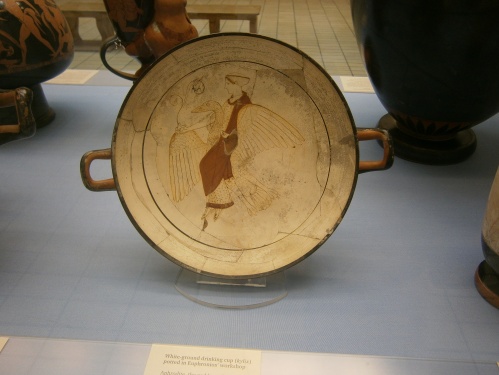 So that’s me this morning, sitting in the California Coffee Company on Múzeum Utca, in the middle of an identity crisis. But that’s not necessarily a bad thing, is it? It’s out of those moments of crisis that we learn about ourselves, even though they’re uncomfortable at the time. The thing is, I feel as though my life is shifting in deep and fundamental ways. And I hope that I can keep my balance. Or if I fall, I hope that I can get up again.

Tomorrow, more pictures of the British Museum, including the Elgin Marbles.

2 Responses to The British Museum