I was thinking about this recently: ways you can sabotage yourself as a writer. I’ve done some of these myself, and I’ve also seen other writers doing them. I thought I would make a list of ways to sabotage yourself, as much for me as for anyone else. So here goes. (I’m sure this applies to the other arts as well, so adjust the wording as necessary.) Instructions for how to sabotage yourself:

A lot of people just stop writing. I know this sounds so simple, so elementary, almost insultingly so. But if you want to be a writer, someone who writes and hopefully eventually gets published, you have to actually write stuff. You have to write a lot of stuff, because especially at first, a lot of it isn’t going to be very good, so it’s not going to get published.

Recently, I talked to the Clarion Writing Workshop students, and I told them something that could sound depressing, but that I actually find heartening. Of the people I went to Clarion with, the ones who kept writing now have writing careers. There weren’t many. Most people don’t actually want to spend the next fifteen years of their lives butt in chair, writing. It’s fun to put stories down on paper, not so much fun to do it day after day after day, and then submit, and then maybe revise, and then certainly copyedit. And then do it again from scratch. But if you want to be a writer, that’s what it takes.

2. Stop growing as a writer.

This one is a little more subjective — I at least think it’s important to keep growing as a writer, to push yourself. If you write short stories, and you gain a reputation as a short story writer, write poems. If you’re a poet, write memoir. If you’re a memoirist, try a novel. Push yourself, do what you haven’t done before. I sometimes take on writing tasks simply because I haven’t done them before. This year, I wrote an academic review and an introduction to a short story collection. I’d never done either of those things before . . . I did them specifically because they were new to me, because they required me saying “yes” and then figuring out how to do it.

I think you have to scare yourself a little, as a writer. You have to move out of that comfortable space, go where you’re afraid of failing. That’s how you learn . . .

And there’s more to it than that. You have to read books you haven’t read, look at art you haven’t seen before, maybe even travel to countries where you’re never been. Learn a new language. Those are all ways of growing as a writer.

I ran across this quotation the other day: “The good artist believes that nobody is good enough to give him advice.” –William Faulkner

I thought, Oh Faulkner, you were such a good writer, and such a basket case! I’m certainly not going to give you advice (I mean, you’re dead . . .), but for other writers, I would say, listen. Listen judiciously, of course, and reject anything that doesn’t apply to you. But really do listen. And by advice I mean a lot of things: when your teacher tells you the plot isn’t working, when your writing group tells you a character needs to behave differently, when an editor says she can’t see your setting. When your agent shakes his head as you describe a project. Listen, disagree if you need to, argue if you need to. But listen.

4. Be jealous of other writers.

You will be jealous of other writers. You just will be. I am, Anne Lamott is, maybe Stephen King isn’t I don’t know, but most of us are. How can we not be? We want so much to be heard, to have others understand. Writing is such a personal endeavor. We want publication and prizes and more than either of those, attention attention attention. We want people to listen to us.

But jealousy’s not going to get you that. Only writing is: writing well, writing true, writing strong.

And the only way to get there is to practice, practice, practice. I have a trick I may have mentioned before. I tell myself that I’m allowed to be jealous of another writer if I’m willing to be jealous of everything, the good and the bad. So I can be jealous that another writer is a bestseller, if I’m also jealous of the fact that a year ago, she couldn’t make rent. I can envy another writer’s advance if I’m also jealous of the fact that before he received it, he was trying to figure out how to afford health insurance for the year. When you do that, you get over being jealous pretty quickly, because there’s always something in someone else’s life that you wouldn’t want in your own.

In the end, I always decide that I would rather be myself, with my own flaws, my own failures.

5. Be angry or mean to others.

Anger only helps if it’s the righteous anger that makes you reject an unfair contract. Mean is never helpful. Firm, on the other hand, is sometimes called for. Firm-and-polite is more powerful than mean.

This is my own example of magical thinking: I’ve come to believe that your expectations can in fact determine what happens to you. I know a woman who always expects the worst, and it always seems to happen. Planes develop engine trouble, plumbing leaks, checks go astray. I also know people who generally expect life to go well, despite some setbacks, and for them it does. I don’t know, perhaps I’m imagining it, but it seems to me that somehow, magically, what you expect life to be like does determine what your life is like.

It’s the opposite of a magnet: negativity seems to attract more negativity . . .

I can’t always be positive. I’m human, after all. But I do mostly try not to complain. If something is wrong, of course I try to set it right (see firm-and-polite, above). But just complaining . . . if I started doing that, I would get bored with myself! And after all, being a writer is what I want to do. I’m doing it because I chose to — no one forced me into this. No one forced me to write books, go to conventions, even teach. This is the life I chose for myself, and even when it’s difficult, I’m grateful for it.

So there you have it, six ways that I believe writers can sabotage themselves . . . Do the opposite! 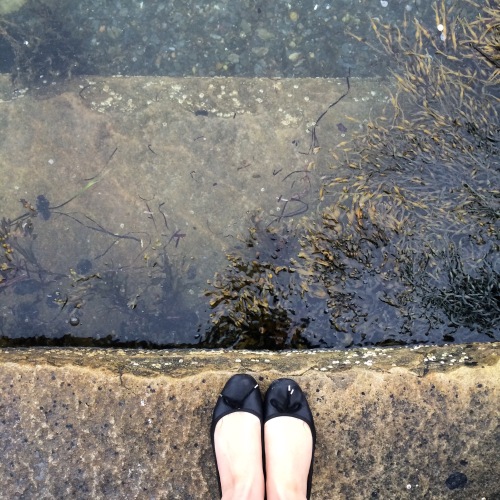 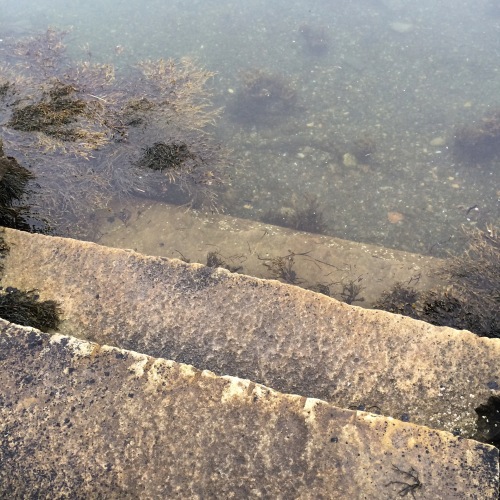 (Both of these photographs are from Casco Bay in Maine. I was there for the Stonecoast summer residency . . .)

7 Responses to Sabotaging Yourself