I know, I know. It’s been a while since I’ve written.

That’s because I’ve been in Florida. Last Monday I took the bus back to Boston from New York, and last Tuesday I took a plane down from Boston to Orlando, where I’m working on some projects with Walker1812 Photography. But I have gotten a chance to see a bit of Orlando. On Sunday I visited the Bok Tower Gardens.

The gardens were created back in the 1920s by Edward Bok, a writer and editor. (Evidently, writers and editors could do quite well in those days. I don’t know any writers or editors nowadays who are likely to found public gardens.) He asked Frederick Law Olmstead Jr. to design the park, and built a tower in the middle of it with a carillon. The bells ring every hour, and while we were there we heard a carillon concert.  (Which included Erik Satie. It was quite an experience, hearing Gnossienne 1 on a carillon.)

So in the space of two weeks I saw two Olmstead gardens: Central Park by the father, Bok Tower by the son.

Luckily, I was seeing the gardens with a photographer, so I can show you some pictures. 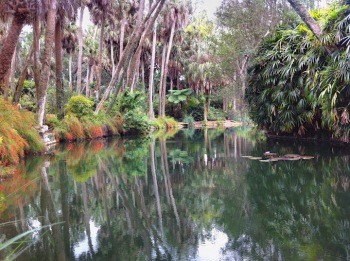 This is what the gardens look like.  They are beautiful: old, very much Florida, with hanging moss in the trees. And ponds with giant Koi in them which we fed.  In the middle of the gardens is the tower itself, which I would have loved to see from the inside.  (But only special visitors get to do that.)  It is thoroughly Aesthetic in design.  Here you can see it in the reflecting pool (the one with the Koi). 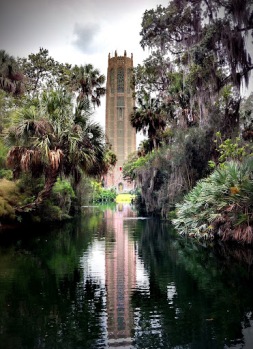 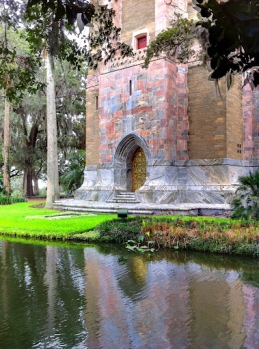 Above you can see its golden door, and the grave of Edward Bok just in front of that door.  In the gardens I found a Japanese lantern that had been given to Bok by a man who had worked for him, and saved seven years to buy it. 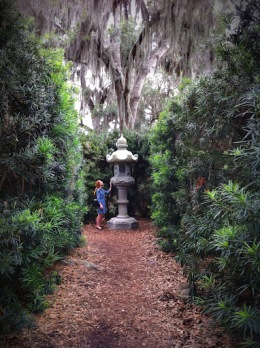 On the grounds is an old estate, the Pinewood Estate, which was owned by a wealthy industrialist and is now a museum.  It has its own gardens, which included a secret grotto with a fountain and small pool. 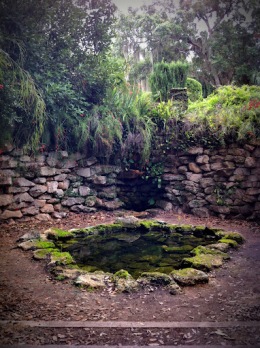 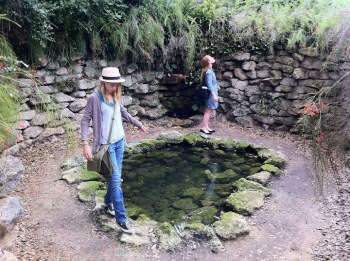 Celeste Walker and I looked for ways into magical countries, but did not find any. Perhaps next time.

Going to places like Bok Tower Gardens always makes me think about stories I could write. Not about Bok Tower specifically, but about an old estate next to a large garden with a tower like that. It would be fun, wouldn’t it? I can already imagine the curious girl who might move into that estate with her grandmother, and what she might find there . . .

5 Responses to Where I’ve Been