I was so disappointed last weekend: I was sick, sick, sick, and couldn’t go to New York to meet with my writing group, the Injustice League. We were workshopping a new novel by Delia Sherman that I can tell you is going to be absolutely wonderful. So on Friday night, instead of sitting on a bus to New York, I was in bed, coughing and aching.

But I couldn’t sleep.

So what did I do? I did what I always do when I’m sick or tired or even simply bored. I created something. In this case, I created a tumblr account. A student of mine had asked me if I had a tumblr account, and I had said no, and she said I should create one – which wasn’t why I created one, but the suggestion stuck in my head. So that’s what I did on Friday night.

Would you like to see it? Here it is: Living a Magical Life. It already has twenty-four followers, which I think is pretty good for two days! I thought of it as a place to put all the beautiful things I want to gather together, to not lose. The pictures, poems, quotations. In case you’re interested, I’ll show you a few of the sorts of things I mean. Here you go, beautiful things:

“Every day we have one foot in a fairy tale and the other in the abyss.” Paolo Coelho 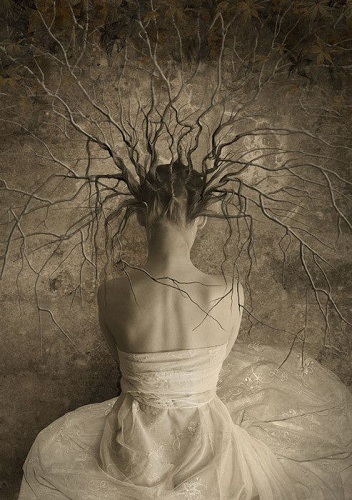 In the end, I wasn’t as disappointed as I could have been, because I was able to skype into the workshop. There is nothing quite like talking about a novel that is in the process of being written, when it’s not quite firm yet – sort of like dough that has not yet taken its final form or been put into the oven. It made me want to work on my own novel. I’m going back to it as soon as the semester is over, although it looks as though I’ll have trips to New York and Florida as soon as the teaching is done. But I can write on buses and planes. I look forward to getting back to it . . .